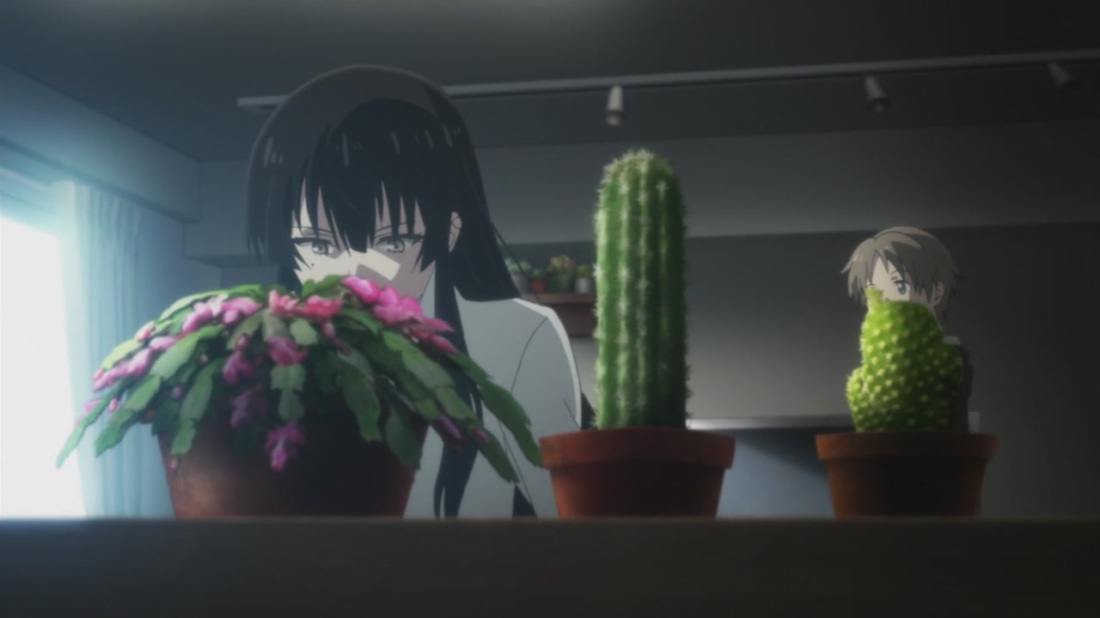 I probably made a bit of a mistake by reviewing this series a fair while after finishing it – I forgot to take notes right after too, so I’m hoping I remember things clearly nevertheless.

Beautiful Bones contains a lot of aspects I enjoy; episodic mystery, slow-reveal backstory, a clever but odd-ball lead, a bit of drama and humour too, and of course, lovely visuals. I wasn’t watching seasonal anime back in 2015 and so this was an anime I’d heard about but not seen until earlier this year.

Okay, as I sometimes do, I’m launching into dot points now, starting with a random list of things I enjoyed:

In contrast, I did have three quibbles to note:

So, should you check this series out one day?

Well, if you like any of the things I’ve mentioned further above, and if you can accept an ending that doesn’t deliver many answers, then probably yeah 😀 I’ve not seen anything else from Troyca but to me everything looks great.

Beautiful Bones is hardly an old series either, and so it’d be easy enough to find. I will add that, despite the young co-lead, the anime is obviously not aimed at younger audiences.